Stuffed Koosa. Are you a Koosa? 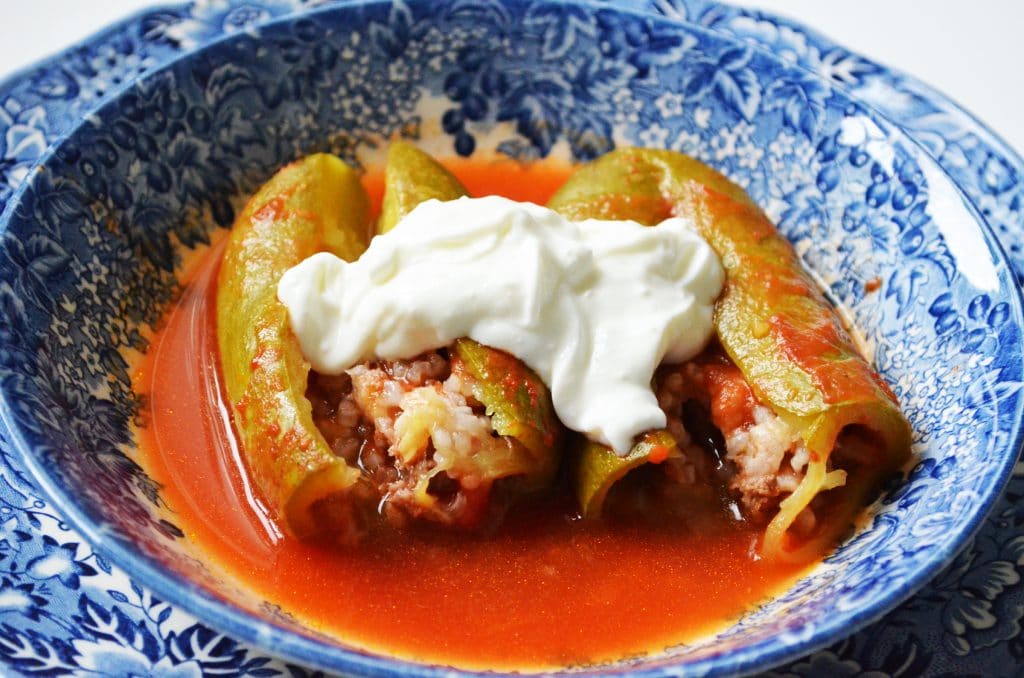 Many of us at some point or another have called a small child “pumpkin.” Sweet little thing you just want to eat up. My father was someone who enjoyed taking liberties with language, and he developed his own kind of Arabic/English comedian-language that needed no translation to make sense to everyone in our family. I honestly don’t know if it’s commonly used or if Dad coined it himself when he started calling his children “coosa.” Sweet summer squash you just want to eat up. He was a Lebanese father through and through, which meant that his children were his children no matter their age. This fact, along with my petite stature, caused me in my early 20s to work extra hard to be regarded as a Professional Woman rather than the playful girl that resided under my thin veil of suits and heels. But in a moment, in a flash, my father could pull back the curtain and reveal that I was not the Wizard of Oz, but really his little girl.

I was working my first real job out of graduate school for an association in Lansing, Michigan. I sat in a front office with several offices open to one another. We could all hear each other’s conversations. One sunny morning my dad came through the front door for a meeting he had in the building, peeked his head around the corner to find me at my desk, and boomed “HOW’S MY COOSA?!” I cringed at the thought of my colleagues seeing me as my father’s little girl rather than as ‘The Director of Communications.’

But the look on his face, and that he expressed his love so freely—that’s the kind of memory that you pull out of your back pocket like a well-worn St. Jude prayer card, a solace in desperate times.

Now we always ask the delicious little children in the family: “Are you a coosa?!” And they laugh and smile, and know exactly what we mean. Maureen Abood
The meat and rice stuffing mixture for this recipe is a standard stuffing that is also used for cabbage rolls and grape leaf rolls. I like touse ground beef for this dish, but you can also use ground lamb. If you have the patience to let the koosa rest, after its been cooked, for a day in the refrigerator before eating it, you’ll find the flavors develop wonderfully. Serve the koosa topped with labneh (thickened yogurt) and thin pita bread or Lebanese flatbread. See how to core the koosa here.
Print Recipe